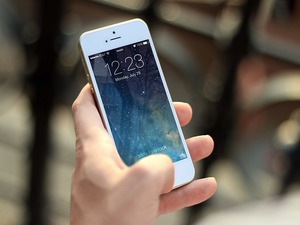 Ransomware has made some inroads into the realm of smart devices, but until quite recently, Android devices were the target of choice. That seems to be changing now. Increasingly, we’re seeing iPhone users targeted by this type of attack.

This particular attack can manifest when the hacker gains a user’s Apple ID account information. Once the hacker has this, he or she can use the “Find My Phone” feature to remotely lock the user’s phone. Once it’s locked, the only way to unlock it is to either pay the demanded fee (currently set at $50 USD) or restore the phone to factory settings, which means losing all your photos, contacts, installed apps, and the like, a thing that few users are willing to do.

While this is bad, it’s more of an annoyance than anything, and so far at least, this type of attack is not at all widespread, having only been seen in a few, relatively isolated cases. The real problem, however, lies in the fact that if a hacker gets your Apple ID account information, he can do a lot more damage than merely remote-locking your phone.

Having access to that account information can be akin to handing the hacker the keys to your virtual kingdom. They can access your files on the cloud and modify them, send mass emails, delete items at will, make purchases on your iTunes account, and more.

Apple security experts are quick to point out that in the cases of these kinds of attacks we’ve seen so far, the user ID and password information needed to successfully implement this attack weren’t stolen by breaching Apple’s own databases, but are caused by users who use the same passwords across multiple web-based platforms and services.

If any one of them gets breached, and you’re using the same ID and password, then the hacker can try those credentials, and gain access to significant portions of your online life. Once more, this provides a compelling reason to stop using the same credentials on multiple sites, and to enable two-factor authentication on your phone, if you haven’t already.