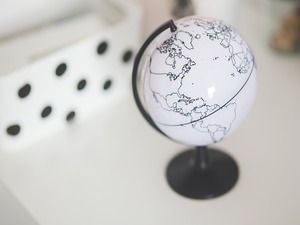 Google has introduced a new feature that harnesses the power of a fully integrated platform-to-platform system. As long as your smartphone is running Android and has GPS location enabled, you can now Google “where’s my phone?” and get an accurate answer.

While a number of Android users have already discovered and used this feature with ease, it used to require a login to the Android Device Manager, which can only be accessed from another mobile device or through Google Chrome. For those of us who have multiple mobile devices or use Chrome on our computers, this is trivial; for those who depend on smartphones for everything, this can be a challenge. While the new method isn’t foolproof, it does give you another method to find your phone.

If you find your phone, and it’s not in a secure location – or the person who has it is trying to hock it for a few dollars – you can click on the map and it will redirect you to the Android Device Manager. There, you can wipe your phone or “brick it,” which results in a lock that shuts down all function to your phone. This option allows you to choose a password that must be entered to unlock the device, a message to anyone who may have your phone, and a phone number that can be called with a push on the screen. In addition, you can “ring” your phone, which, regardless if it’s on vibrate or not, results in a ring (just in case you’ve just lost your phone in your house and don’t have another device to call it).

The feature is accurate to about 23 meters, which means that if you feel inclined, you can have a small scavenger hunt with your phone and your kids, employees, or other group as part of a training exercise or just for fun.

The company says that they may have plans to be able to track other devices as well in the future, but for now, it only works for GPS-enabled mobile devices.