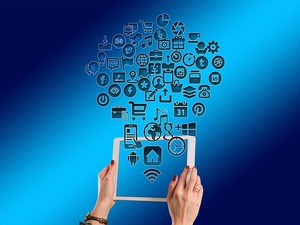 There’s a new viral link making the rounds on Twitter that you should advise your staff to steer clear of. If you see a link that begins with “goo.gl,” don’t click it. If you do, not only will it crash your Twitter app if you’re on your smartphone, but after it does that, it will place a call to 911.

Worse, as soon as the first call ends, it will keep dialing back.
As a result of this viral link, Emergency Service operators in Thurston County, Washington were recently inundated with non-emergency calls, and the fear is that the problem could spread quickly.

The hacker who created the poisoned link, an 18-year old Florida native whose name is being withheld by law enforcement, has already been identified and arrested. Unfortunately, the internet doesn’t forget, and his link is still making the rounds.
This is yet another example of how dangerous our interconnected world can be.

We now live in a world where computer viruses can kill. Hackers can infiltrate medical devices keeping patients alive and either turn them off, or cause them to malfunction, resulting in death.

A poisoned link like this one can easily overload local 911 systems, paralyzing their operations and delaying first responders to the scene of a crisis.

For the time being, these events are occurring in isolation, but it would not take much in the way of coordination to launch a devastating, tightly targeted attack. Bear in mind that just last week, much of the internet service in the US was disrupted by a massive “botnet attack on Dyn.

As ever, the first line of defense is education, and the second is diligence. Now is a very good time to remind all your employees that if they get a link from someone they don’t know, whether it’s in their email, on Twitter, or some other platform, clicking on it is a very bad idea that can have dire, real world consequences.