Information About the New iPhone 5

Posted by aonenetworks On September 20, 2012 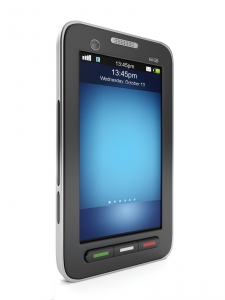 The new iPhone was finally officially announced, and details have been released. Here are a few actual facts about Apple’s new design to counter the dozens upon dozens of rumors released over the past few months.

Taller, Thinner, and Yes, it has a Metal Back

The official numbers are saying that the iPhone 5 is “18% thinner” than the last model of the iPhone, the 4S. Apple is also saying that it is the thinnest phone on the market at the moment. The phone weighs in at 3.95 ounces, making it a full 20% lighter than the 4S. The display is the only thing that cannot boast about being smaller, as it has gained half an inch since the last iteration of the phone, even though the resolution is identical to the 4S.

When thinking about what these changes mean for the user, it boils down to lighter, thinner, and an extra row of icons on the home screen. Widescreen movies are also supposed to look better, as the color saturation has improved significantly since the last iPhone release.

Of course the new iPhone supports 4G LTE networks, alongside the networks the 4S supported (GPRS, EDGE, EV-DO, and HSPA). The single chip and dynamic antenna of the iPhone mean it will switch between different available networks automatically.

In the US, T-Mobile is the only major carrier not to receive the LTE iPhone 5. In Canada, Bell, Telus, Rogers, Fido, Virgin and Koodo have made the cut. When a 4G network connection is unavailable, the iPhone 5 runs on a dual-band 3.5G HDPA+, which is almost as fast at 4G.

Most critics have called the battery life of the new iPhone “respectable,” at least as far as Apple has announced. So far, the company has said that the phone can browse for eight hours, browse for 10 on Wi-Fi, will play for 40 hours if just being used for music, and has 225 hours of standby power. Though none of these promises have been confirmed by anyone who has been able to preview the phone, Apple has been historically accurate when predicting the battery life of their phones.

The iPhone will be available in both black and white, and will come with three different levels of memory availability. The 16 GB is priced at $199, 32GB is $299, and the 64GB is $399. On September 21st, the phone is expected to go on sale in France, Germany, the UK, Australia, Canada, Japan, Hong Kong, Singapore, and of course, the US at the listed prices at all carriers.