Fitness Trackers Could Be A National Security Risk 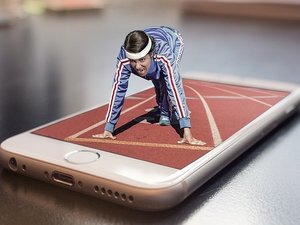 If ever there were two phrases that didn’t seem to go together, they would probably be “Fitness trackers” and “National Security Risk.”  The very idea that a simple fitness tracker could pose such a risk seems laughable on the surface, but this is no laughing matter.

Recently, a popular fitness tracking app called “Strava” published a heat map, which displayed the activity of its massive user base from around the world.  In all, the heat map contained more than a billion activities, tracking every jog, bike ride, walk, swim, downhill, and other activity that users opted to log.

Unfortunately, this app is a favorite of military personnel, and when the heat map was published, researchers made a disturbing discovery.  In logging their physical activity, military personnel gave away the locations of their (sometimes secret) bases.

Although the data was stripped of personally identifying markers before being loaded onto the map, other researchers have been able to de-anonymize the data, tying individual activity routes to specific people.

From a national security standpoint, this is disturbing on two levels.  First, of course, is the fact that the locations of supposedly top-secret bases could be discovered so easily, and by something as innocuous as a fitness app.

Second,  and every bit as disturbing, is the fact that since it has been demonstrated that the data can be de-anonymized. This means that enemies of any existing government  can accurately locate key personnel.  Armed with an activity map that establishes a “reliable pattern of life,” it can use that data to plan carefully orchestrated attacks against specific individuals.

Needless to say, the presence of apps that know so much about us and our precise whereabouts is going to require a total rethink by government agencies around the world.  One has to wonder, how many other unintentional side effects will we see in the months and years to come?