Energy, Technology, and You 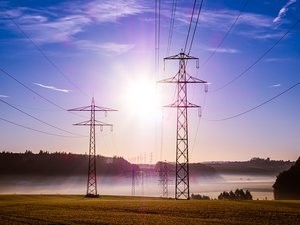 There is a sea change occurring in the area of electricity generation, and whether you realize it or not, whether you think about electricity beyond paying your monthly bill, it is going to have an impact on you and your business.

The first, biggest change at the strategic level has been China’s big push into the solar market. The country’s massive economies of scale have brought the price of solar down to the point at which it’s price-competitive with coal in many areas of the country. In fact, some states have embraced solar so completely that it now accounts for a majority of their power generation. Hawaii, for example, doesn’t even need to turn its diesel generators on if it’s a sunny day. Solar provides 100% of their daily power needs. An extreme case? Sure, but it clearly shows the trend. A lot of that is thanks to China’s entry into the global solar market.

Another big change where electricity generation is concerned is in storage. Over the past ten years, battery capacity has doubled, then doubled again, while the price has fallen by more than half. This has made possible, to cite one example the Tesla with its 300 mile per charge capacity, and there’s more on the way. Elon Musk, the owner of Tesla Motors, has invested a staggering five billion dollars into a state-of-the art battery facility, right here in the United States.

As the nation continues to embrace renewables, another change, the importance of which cannot be overstated, is the fact that our power generation is becoming increasingly decentralized. Net metering laws in a majority of states is helping this along greatly. What it means is that individual people and businesses are taking an increasing role in providing at least some of their own power and making up the difference by tapping into the grid. Some companies, such as Google, actually aim as part of their business plan to be a net power producer, turning the generation of electricity into a profit center instead of having to pay a monthly bill to the power company.

It is true – the price of oil has been quite low in recent years, causing some to speculate that the low cost per barrel will derail the huge run that renewables have had. This, however, misses a compelling point. Most people get their electricity from coal-fired plants, not oil-driven plants. Thus, the price of a barrel of oil, whatever it is, doesn’t have any real impact on the overall cost of generating electricity.

Aside from that, consider the following scenario. Two investment options. One has a cost curve that has been steadily and consistently plunging for decades. The other is subject to sharp spikes upwards and downwards, but has historically tended upwards, which investment would you make?