Are Digital Assistants The Future Of Business? 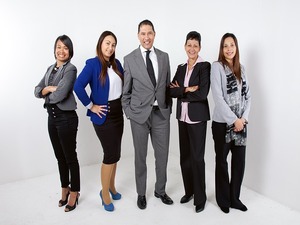 If you use Microsoft products, you’ve no doubt made at least some use of Cortana, the company’s digital assistant function. If you’re in the Apple camp, then Siri has become an increasingly important part of your life. These digital assistants began as small components of a much larger ecosystem, and in their earliest iterations, were of relatively little practical value. They’re growing up now, and as they do, they’re suddenly demonstrating much more value and are poised to become absolutely indispensable.

In two words: Artificial Intelligence. Both Cortana and Siri are becoming increasingly good at anticipating needs. This has been accomplished, by and large, via ever-improving contextualization of the data you touch.

Even last year, Cortana would have been incapable of doing much more than scheduling an upcoming meeting for you. Now though, she can not only schedule the meeting, but track the schedules of all the people you’ve invited to the meeting, and proactively let you know if anyone has any scheduling conflicts that would make them less likely to attend.

She also knows where you are, geographically, and if the meeting you’ve scheduled is in some other city, she will ask you if you’d like her to make travel arrangements to get you there. Then, she can troll through your files, using an advanced LSI keyword search to find and collect documents that may be relevant to you in terms of preparation for the meeting.

LSI (Latent Semantic Indexing) is a technology developed by Google that allows computers to understand the contextualized meanings of words by looking at the other words used with them. This is the reason, when you do a Google search for “Apple Apps,” you get a list of apps for your iPhone, rather than a collection of recipes for apple pies in the search results. The computer understands that if the word “app” appears with the word “Apple,” what you’re wanting is technology-related, as opposed to being dessert related.

It is this technology that is really taking Cortana’s functionality to the next level. Don’t be at all surprised if 2016 winds up being the year that you start regarding Cortana as an invaluable addition to your team.