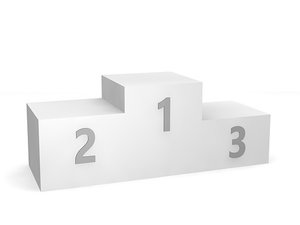 The latest Brand Finance Global 500 report out and contains some surprises this year.

In the battle of the Brands, two companies have long topped the list:  Apple and Google.  This year, there’s a new Sheriff in town.  Amazon blew past the top two claiming the top spot for itself.  It is now the most valuable brand in the world with an impressive $150.8 billion dollar value.

David Haigh, the CEO of Brand Finance had this to say about the upset in the rankings:

“Jeff Bezos once said that ‘brands are more important online than they are in the physical world.’  He has proved himself right by choosing the name Amazon, known as the largest, most powerful river in the world, as 23 years later the Amazon brand carries all before it as an unstoppable force.  The strength and value of the Amazon brand gives it stakeholder permission to extend relentlessly into new sectors and geographies.  All evidence suggests that the amazing Amazon brand is going to continue growing indefinitely and exponentially.”

The new number two, Apple, saw the value of its brand increase by a hefty 37% to $146.3 billion.  While impressive, the report stresses that Apple’s long-term prospects look bleak because the company has failed to diversify. It relies on its aging line of iPhones for more than a third of its total revenue, which hampers its opportunities for growth.

Third ranked, Google’s brand saw more modest growth in value (just 10 percent), and now stands at $120.9 billion.  Like Apple, the report stresses that although Google is a Titan in certain sectors (search, cloud, and Mobile OS), its relatively narrow focus has kept it from unleashing the full power of its brand in the same way Amazon has.

All hail the new King of the brands, Amazon!